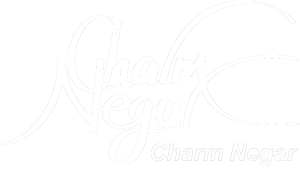 Get your registration credentials
Category: Articles

History of leather in Iran According to Ibn Yimin, ancient Iranians used animal skins such as buffalo, cow and sheep to write on it, in the writings of Dariush's writing on leather. According to some narrations, the Avesta was written over twelve thousand pieces of cowhide. Also, the skin of the writings found in the [...]

For better skin care, note the following: - Always take your skin well. If the flowers and dirt remain on the skin, it will spoil it over time. - Avoid skin contact with sharp objects and winners. - If the poured material that does not wipe with a damp cloth, with a soap and a [...]

What is the forower symbol?

"Foruhar" or "Farkani Symbol" or its main name "Farahvahar" is originally the name of the Aryan "soul" in Arabic. More than four thousand five hundred years ago, when almost all the tribes of the planet were idol worshipers, and all the human existence was considered to be this earth and mortal, just at that time, [...]

Interpretation of the symbol of milk and cow

Interpretation of the symbol of milk and cow One of the most beautiful faces of the Pentecost, which, incidentally, except one of two examples, is well preserved, is a symbolic scene of the battle of milk with the cow. This relatively large and repeatable role has undeniably confirmed a very important message that has been [...]